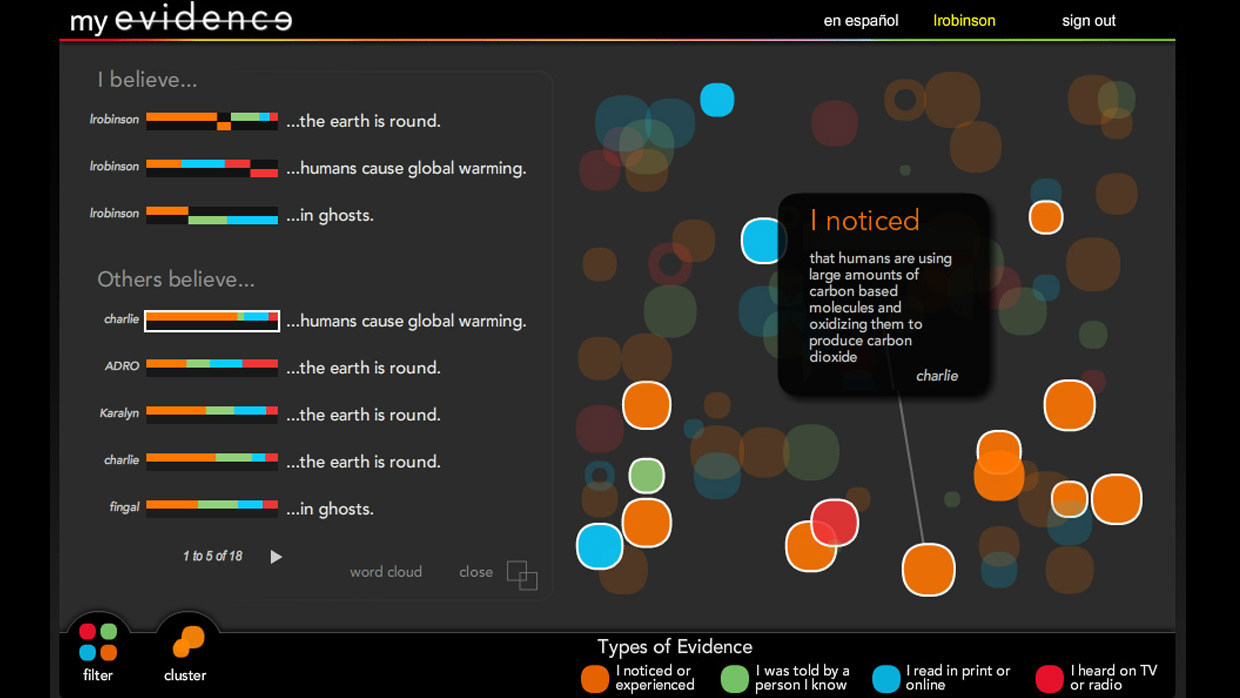 MyEvidence is an online application created to help users better understand their own belief systems and processes of knowledge construction. MyEvidence asks “how do we know what we know?”. It begins by posing a series of statements, such as, “I believe the world is spinning,” and “I believe global warming is caused by humans.” Users choose from among these statements and create their own Evidence Maps, visual tools that help categorize the users’ knowledge according to how it was acquired. As users enter more and more data, patterns in their growing Evidence Maps give insights into what is personally salient to them in their own knowledge construction. My Evidence also allows users to compare their evidence maps to other users’ maps. 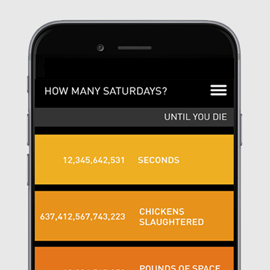 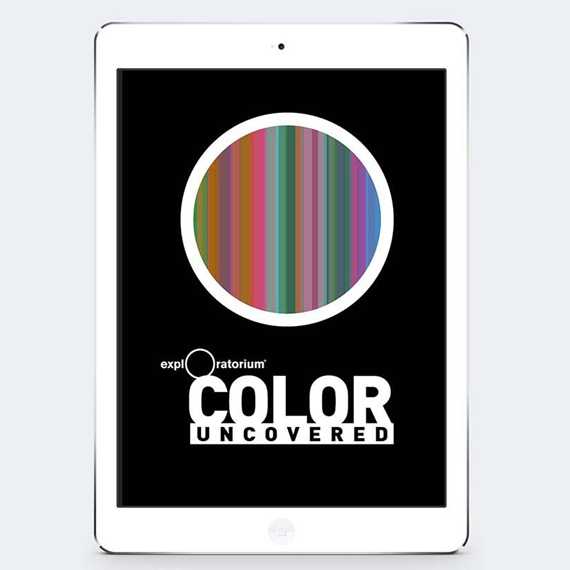 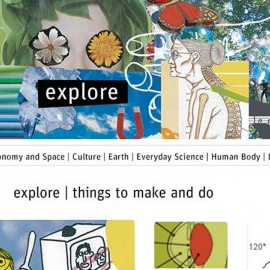 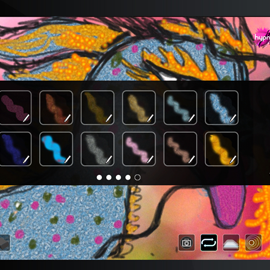 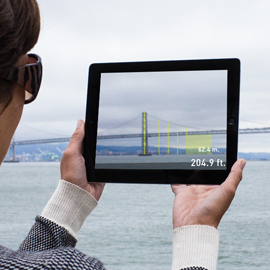 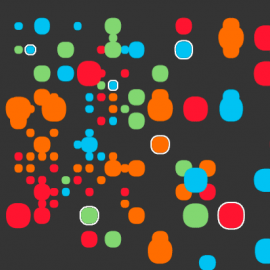 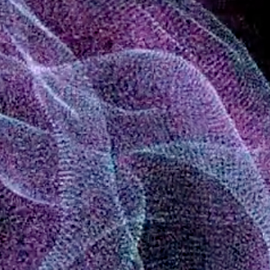 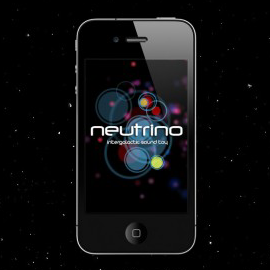 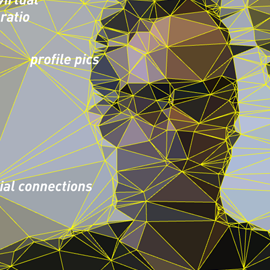